Landscapes > Of a Reciprocal Nature 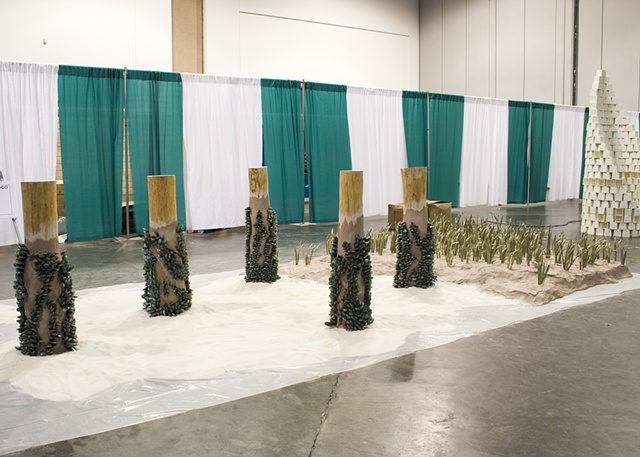 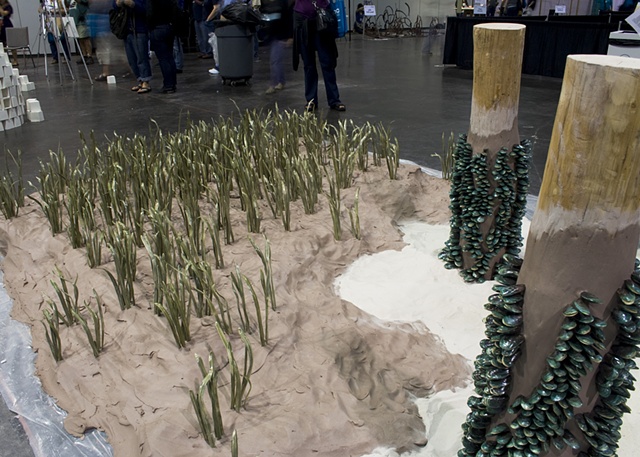 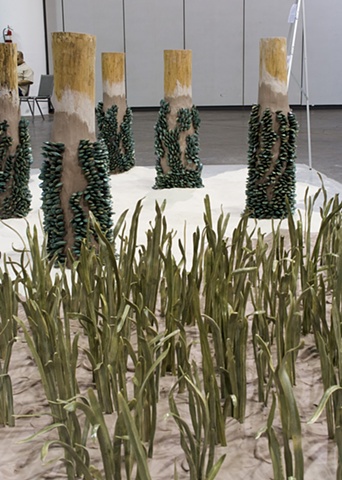 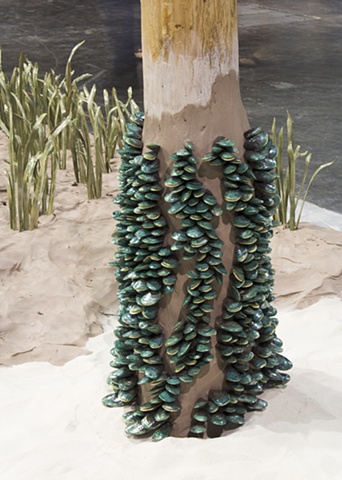 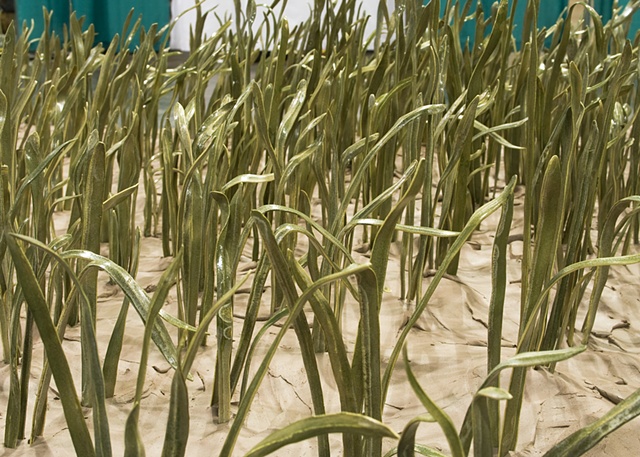 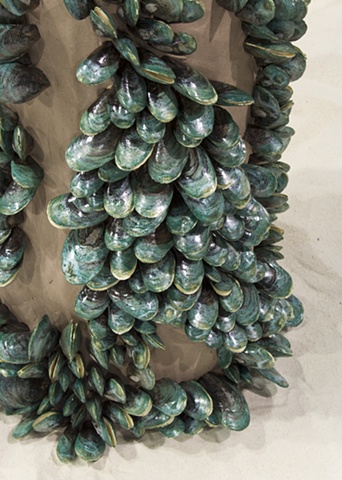 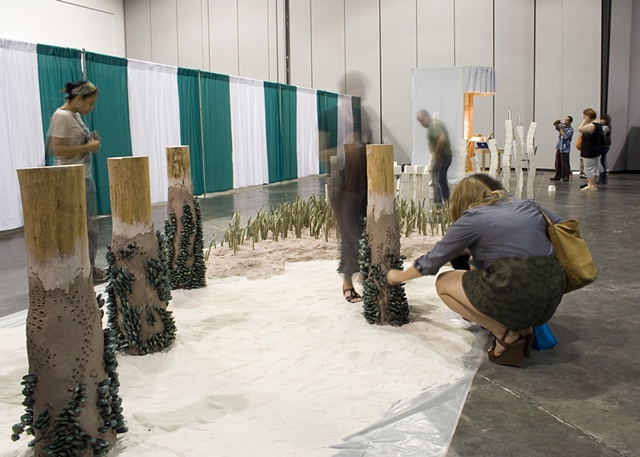 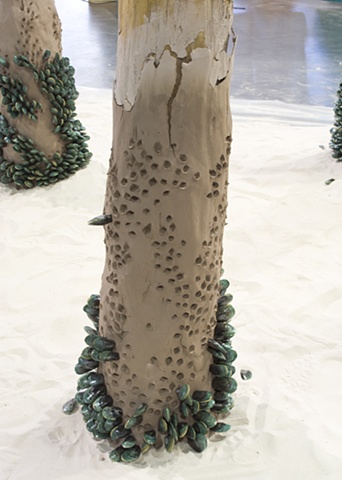 Of a Reciprocal Nature is a dystopic, ephemeral landscape that explores the disruptive behavior of species out of place. Here, thousands of delicately crafted replicas of mussel shells and blades of grass are imbedded in a sculptural landscape created from wood, sand and unfired clay. Throughout the installation, the audience is welcome to take bits of sculpted shell and grass from the piece, as the artist continually replenishes them. This installation conveys the inherent tension between the natural world and the effects of commerce, the tension between vulnerability and aggression, beauty and decay, and, ultimately, life and death. The piece addresses the theme of migration by considering the ways in which economic development and the resulting migration of goods, people, and non-native species inadvertently alter various ecosystems. This project focuses on two particular species, the Asian Green Mussel (Perna viridis), first discovered in Tampa Bay in 1999, and Smooth Cordgrass (Spartina alterniflora), first introduced in The Yangtze River Estuary around 1985.

The beautiful yet destructive Asian Green Mussel is a species native to the southeastern coastal waters of China, and was most likely been introduced to the Tampa Bay through discarded ballast water. The Green Mussel has been rampantly destroying native oyster beds, as well as pilings, buoys, and boat hulls. I found the images of this organism as it encrusted various manmade structures both visually arresting and metaphorically potent.

On the eastern coast of China, the Yangtze River estuary faces many ecological issues, including a number of invasive species. Originally introduced to stabilize coastal mudflats, large colonies of Smooth Cordgrass, a plant native to the coastal wetlands of Florida, are permanently altering the native ecosystem by displacing the natural habitat of many migratory birds water birds. Seen as one of the most invasive species on China’s coast, Smooth Cordgrass forms huge monoculture stands, traps sediment, changes water drainage patterns, and excludes native plants and animals. This grass, though delicate in appearance, is fiercely competitive.