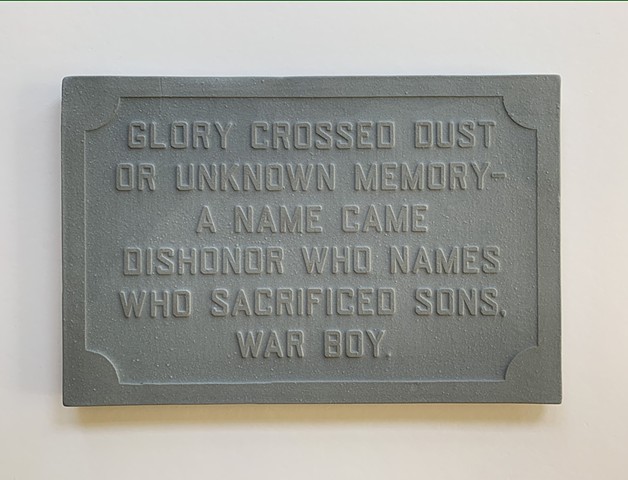 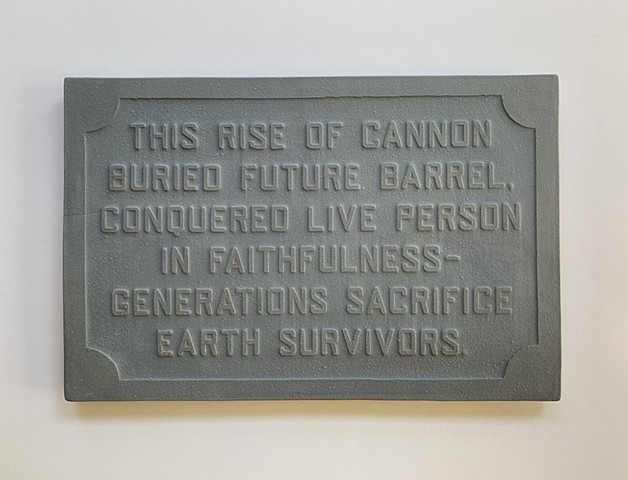 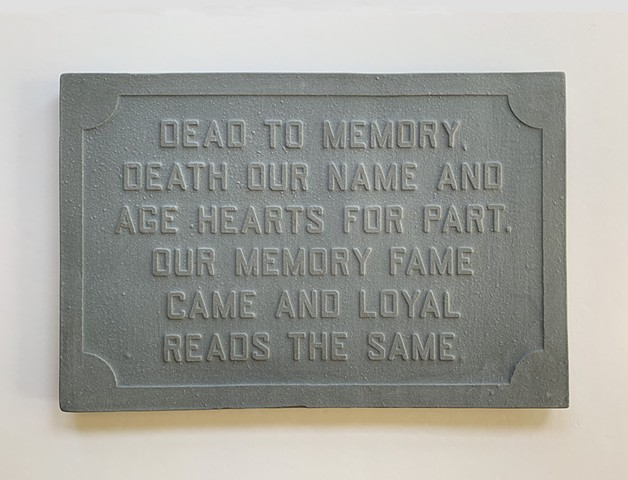 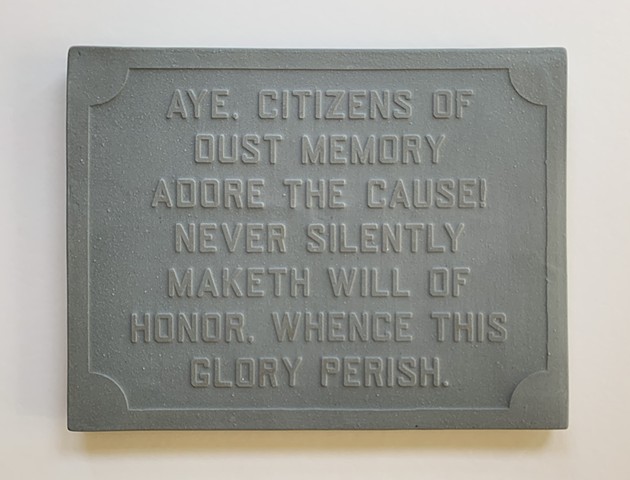 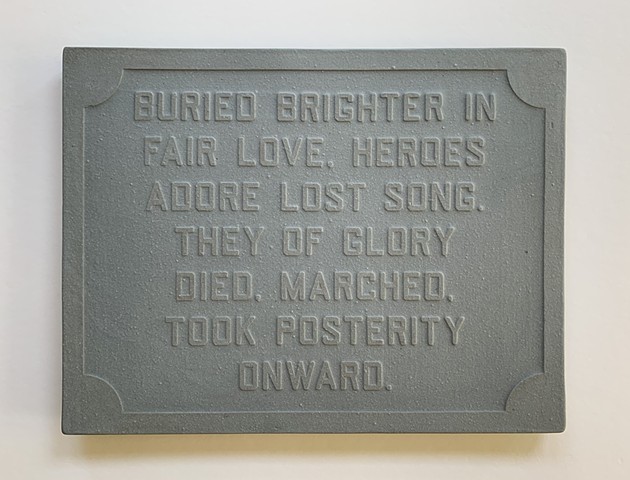 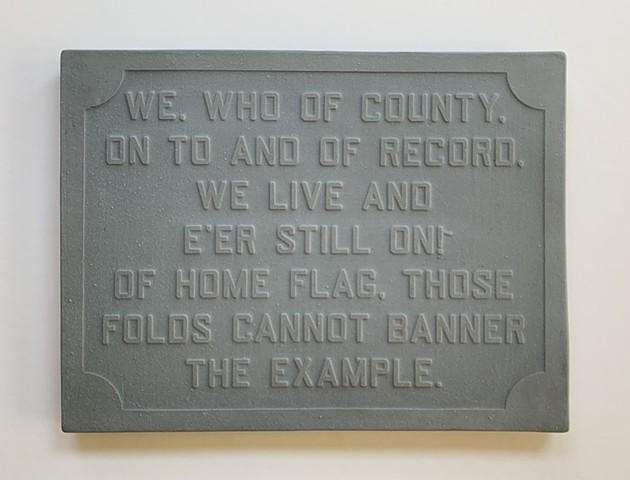 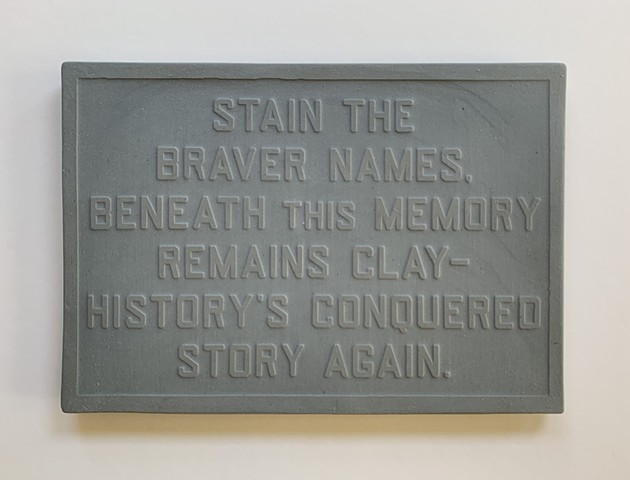 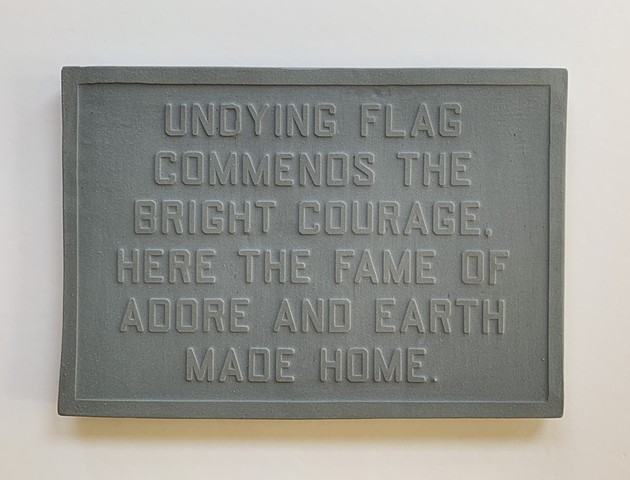 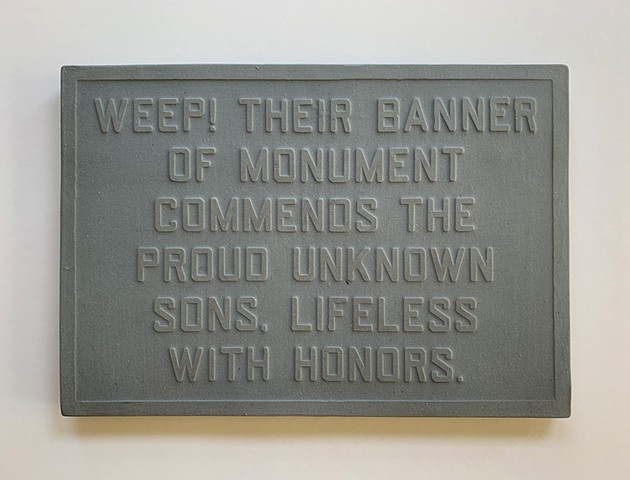 The text on these tiles was derived from inscriptions on Confederate monuments throughout the state of Arkansas. These inscriptions were collected and put through an online cut up generator, in the spirit of Dada and Surrealist poetic practice. In the act of removing, mangling, and remixing the original language, my intention was to disempower its embedded messages of white supremacy and racist separatism. As I combed through the newly garbled language, I was drawn to phrases that suggested themes of death, war, memory, family, and patriotism—language that would emphasize a broader experience of suffering and loss, as well as critique the rhetoric of demagogic ideology.

Note: The font used is based on a historic monument font published in 1923 by the Vermont Marble Company. This font was typically used to hand carve raised lettering in granite monuments, and is similar to the font used on a number of Arkansas monuments.